Hello everyone, it’s Karen here and I’ve got an interactive card today featuring the “Puppy Mail” stamp set.  I’ve used all the puppy images in this set and have made a flip slider card with them. I love how this set can be used for a happy mail card but also a thank you card for someone looking after a dog. 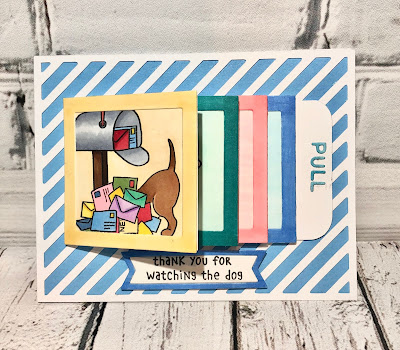 I started by stamping out the images with Copic friendly ink and colouring them in with Copic markers. I made sure to space my images out when I stamped them, because I used the “Selfie Square” die from MFT to cut them out into flip cards. I also die cut the “Polaroid Shaker Frame” from MFT out of Neenah 80# cardstock, to create a 2.5” frame for the cards. If you have a set of square dies, you could just use these to cut the squares and frames. I coloured in the background of the flip cards with Copic markers and then the frames with coordinating markers. Next, I cut four 2.5” squares of cardstock to adhere the flip card to and glued the frame around it. This makes the flip card sturdier and hides the copic bleeding on the back. 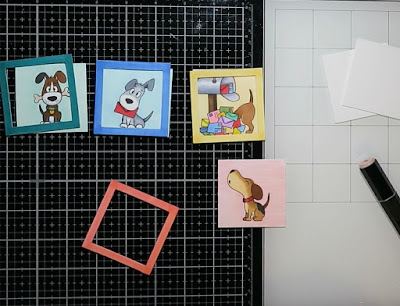 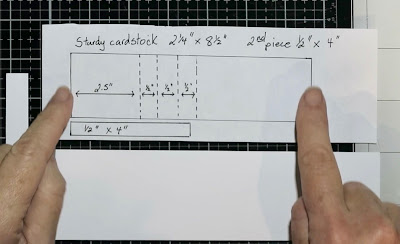 I creased the larger rectangle starting from the left edge at the 2.5” mark and each 1/2” after that up to, and including, the 4” mark. Then I used a bone folder to really crease these folds. They all fold in the same direction, but need to be well folded. I corner rounded the ends on the long side of this rectangle piece.

Then I glued the smaller rectangle in its center 2.5”, and adhered that to the top of the very end of the larger rectangle, centering it over the first 2.5” square.  This becomes the tab that holds the flip slider in place, and should be folded and creased down over the long rectangle piece. 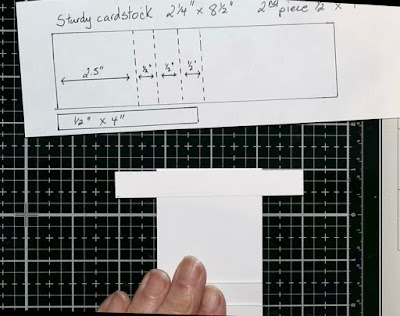 Next, I used double sided tape to adhere my flip cards. The first one was applied to the 2.5” square, and each card after that was adhered to one strip of tape applied along each fold line. The remainder of this long rectangular piece folds underneath the flip cards and through the small tabs. 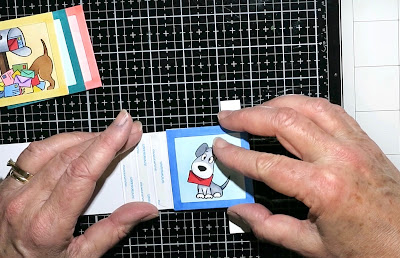 I die cut the word “Pull” and glued it to the corner rounded end of the slider mechanism. I also stamped some paw prints onto this end so it would add interest when pulled out.

I die cut a cover die for the front of my card and glued it to some blue cardstock. Then I applied double sided tape to the 2 small tabs and also some glue over the tape. I would recommend having these tabs already folded over the long pullout end before glueing them as it gets messy. Then I adhered the flip mechanism to the front of my card - the 2 small tabs are the only thing adhering the mechanism to the card front. Scary, I know, but it works! I let this dry under some acrylic blocks, and then attached my sentiment. 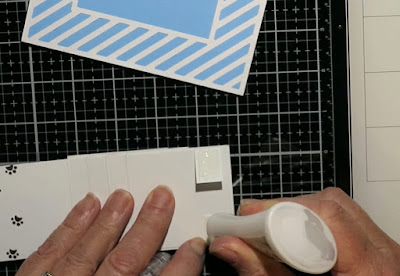 This sounds like a  complicated card, but it’s really not that hard to make and it’s super fun to play with. I really hope you’ll give it a try!
Tweet Share Pin It Add Email 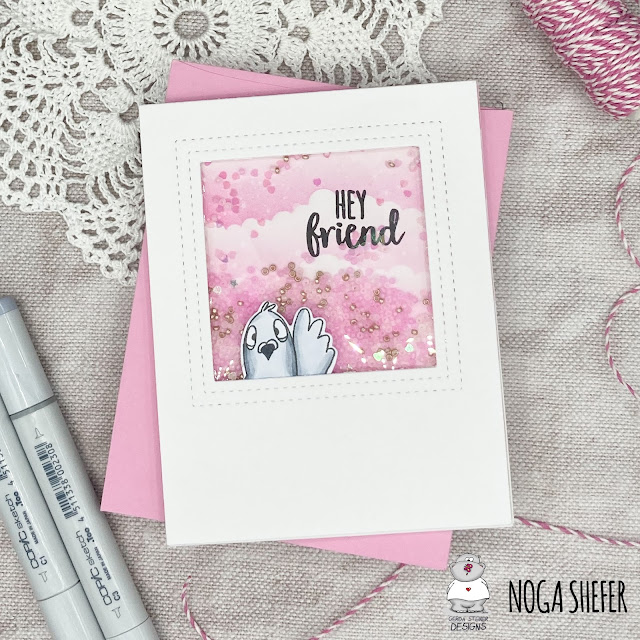 My card featuring the  brand new adorable  Pigeon Bundle Set.
To make this card I took an A2 panel of Bristol smooth cardstock.
For the background, I die cut the double stitch window die out of white cardstock.
Behind it, I ink blended a background using distress oxide in kitsch...

Home is where the Heart is 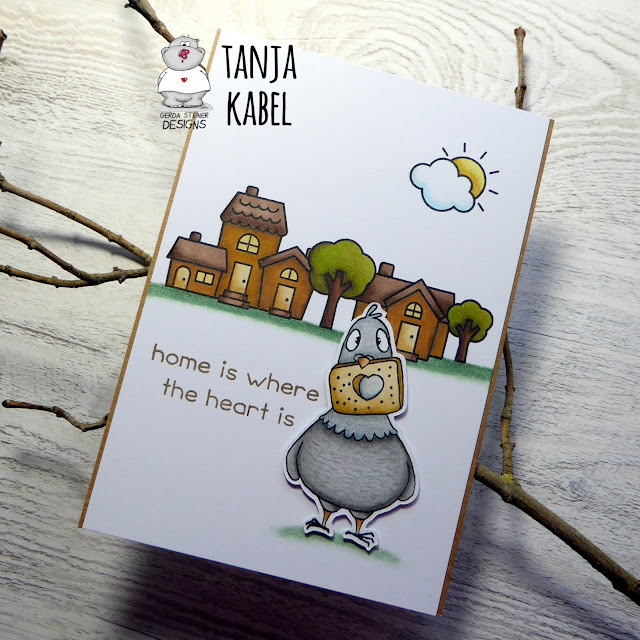 Hello and welcome back, it's Karen here today.  I’ve got a thank you card to share today that combines the Garden Critters and Happy Bee-day stamp sets. 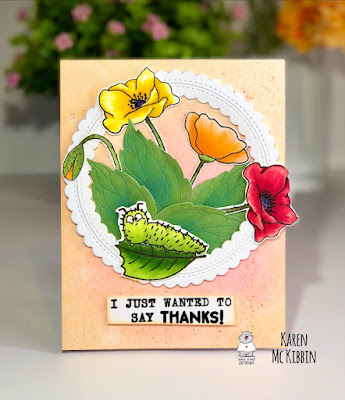 I used Copic markers to colour in all the poppies and the caterpillar, and then fussy cut them out. The extra leaves are from the HoneyBee Stamps "Lovely Layers Coneflower" die set and I cut them from green cardstock and added some Distress Oxide...