It's Wiebke here today! And before I start showing you my new card, I want to remind you that Gerda Steiner Designs is having a Guest Designer Call! Head over to the blog for more informations. 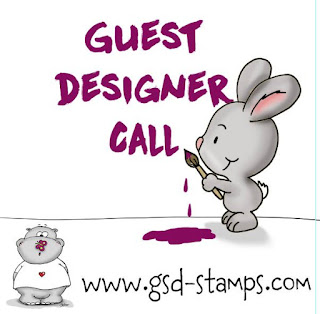 And now to todays card! I had a fun idea in mind when I first saw the hilarious bulldog of the new "Howl Are You?" stamp set! The dog is similar to the peeking friends on which you can put elements under or next to - This dog definitely needed something to peek out ;) 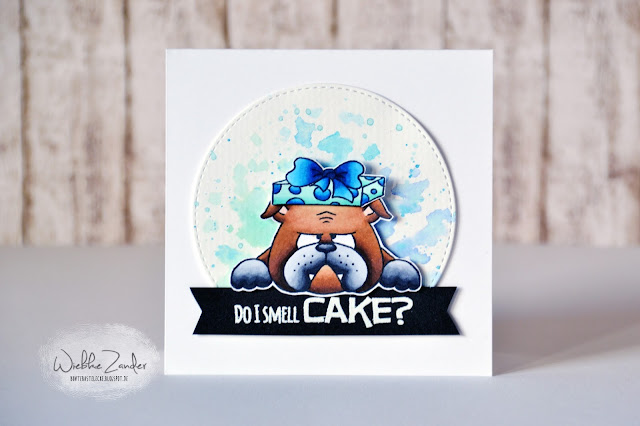 I placed the top of the present from the Monster Party stamp set on his head and put a banner with an embossed sentiment (also from Monster Party) under him. It looks like he's peeking out of a present! The background was made with a few splashes of watercolors, just a soft colorful touch behind your dog as a focal point. 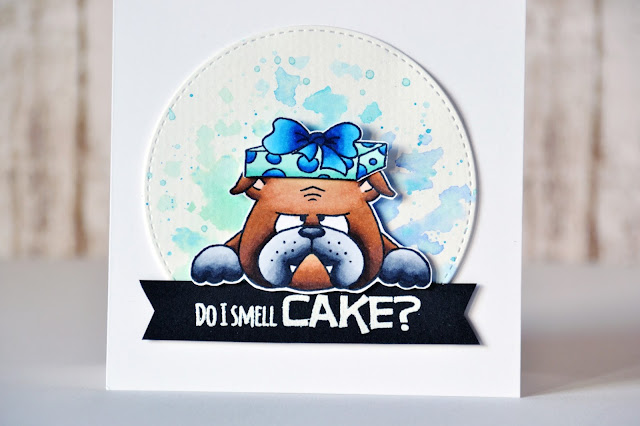 Sorry to hear you're under the weather - Larissa

Hi everyone, I am Larissa from Car-d-elicious and today